Edit
Armenia : recognition and commemoration of the genocide of 1915
One of the oldest Christian churches in the world is that of Armenia !  A country that has been through war, genocide, occupation by Russia and incorporation into the Union of Soviet Socialist Republics, earthquake and a recurrence of its post-Soviet border war with its neighbour Azerbaijan in recent weeks. The Kingdom of Armenia was the first state to adopt Christianity as its official religion, in the 4th century.  According to tradition, it was converted by the apostles Bartholomew and Thaddeus of Edessa in the 1st century. 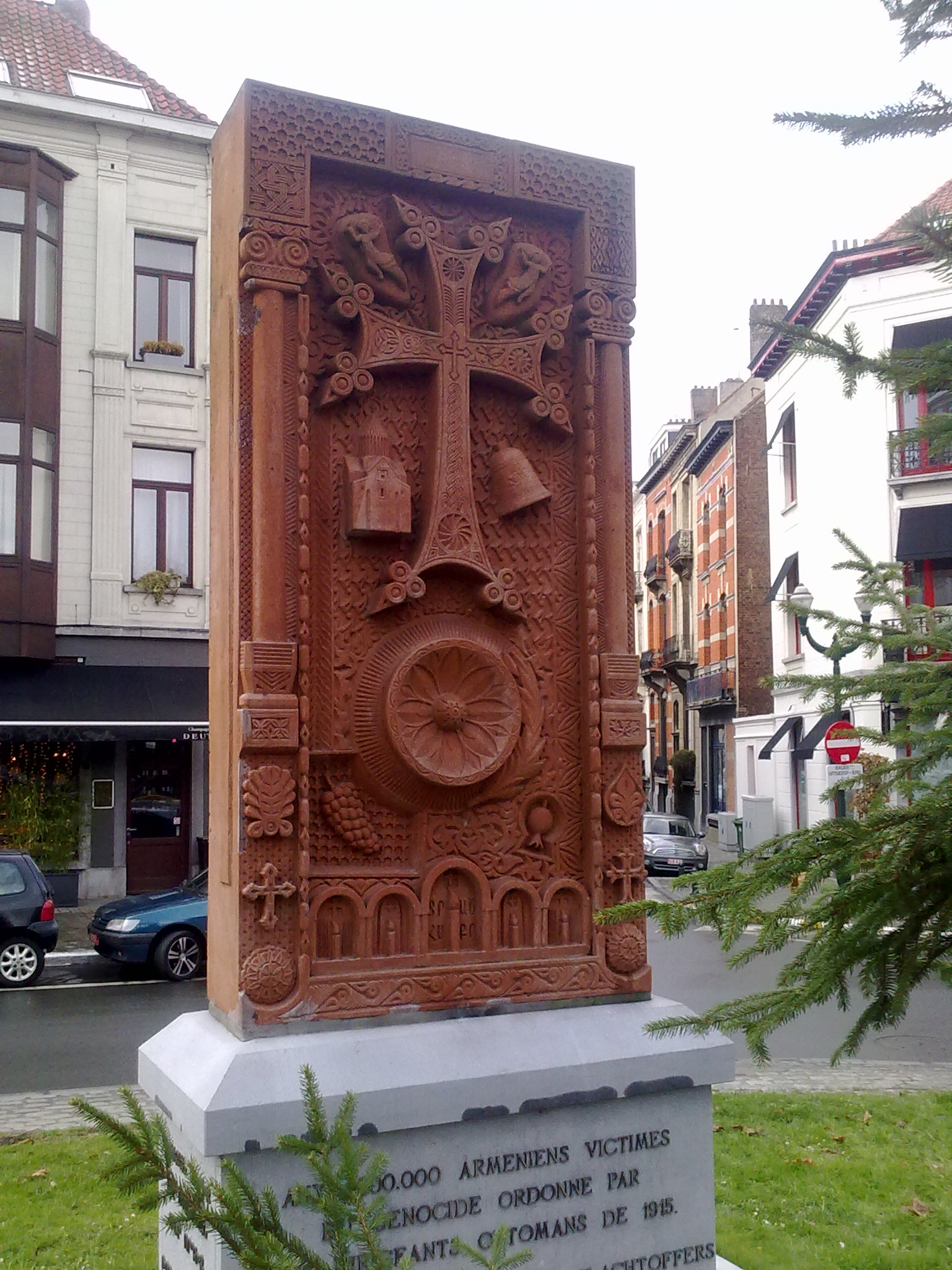 What is notable about this country, whose nationals are scattered around the whole world, is that the attempt by the Ottoman Empire to wipe out the Armenians within its borders was recognized recently by the United States as a genocide (the first one in the 20th century, albeit vehemently denied by Turkey).
On a little roundabout in Ixelles next to the famous Tenbosch park, there is a lovely monument to commemorate victims of the 1915 genocide. People lay flowers and wreaths there from time to time, with a major celebration by members of the nearby Armenian church annually on the anniversary of the genocide on April 24th. This year, our auxiliary bishop, Mgr Kockerols, officiated with the Armenian clergy.
On the occasion of the 100th anniversary and the US recognition of the tragedy, the US bishops commemorated the genocide.
Read about it here :
https://www.catholicnewsagency.com/news/247319/us-bishops-commemorate-horrific-tragedy-of-armenian-genocide
Monica Sandor