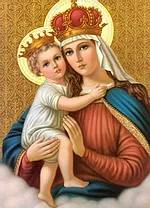 Since 1965, Our Lady of Mercy is the oldest English-speaking Catholic parish in Belgium was established by Cardinal Leon Joseph Suenens ,Archbishop of the Archdiocese of Mechelen-Brussels who requested of The American College Seminary of Louvain(Leuven) to take over the pastoral responsibilities for the English speaking in the Brussels area on the Fourth of December 1965.
Our Lady of Mercy has been holding its Masses at St Anne in Uccle for over 40 years.
Place de la Sainte Alliance 8 - 1180 Uccle
We organize social events inviting parishioners from both French and English speaking communities.
Our Lady of Mercy has a full religious education programme from Pre K to Confirmation for young parishioners as well as adult faith formation program for the adults of the parish.
Under the current restrictions, our Masses are virtual at 17.00 on Saturdays preceded by Rosary at 16.30 and 11.00am on Sundays preceded by Bible studies at 10.30am

At present we see indistinctly, as in a mirror, but then face to face.  At present I know partially; then I shall know fully, as I am fully known.  So faith, hope, love remain, these three but the greatest of these is love
(1 Cor 13:12-13)

Rolling up the scroll, he handed it back to the attendant and sat down, and the eyes of all in the synagogue looked intently at him.  He said to them, “Today this scripture passage is fulfilled in your hearing.” And all spoke highly of him and were amazed at the gracious words that came from his mouth.
They also asked, “Isn’t this the son of Joseph?”
(Lk 4:20-22)

Martha Doenges passed away in November 2021. Martha and Joe Doenges were at St John’s from July 1998 to July 2008. She taught science in Middle School while her husband was a high school principal for two years and then served as director of St John’s. Both were active members of OLM during this period and are very well remembered till these days.